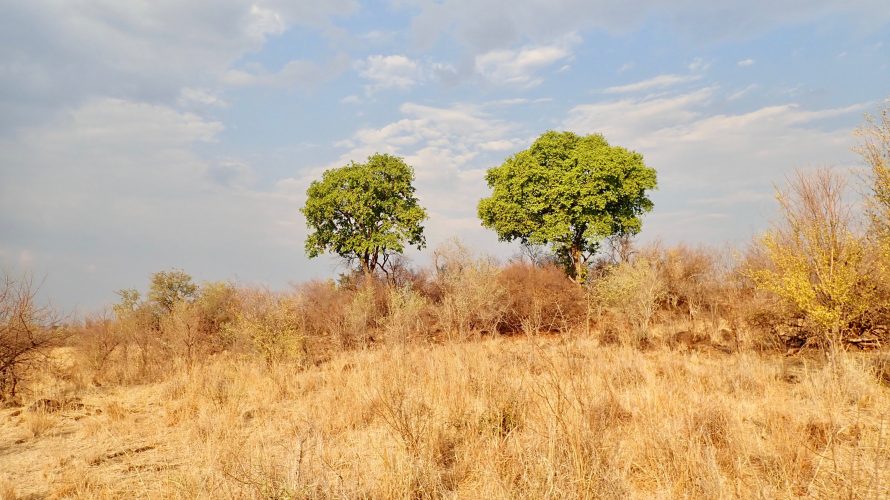 In October 2019, I (Masa Funabashi) visited the Africa Centre for Holistic Management (ACHM) at Victoria Falls, Zimbabwe. Here are some remarks on what I learned during the stay from the staff of the center.

It is the beginning of the rainy season, and the land seems still dry in most of the area. 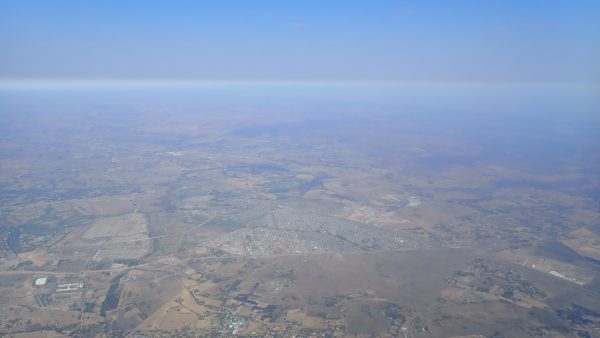 Below are some pictures from the ranch tour with ACHM staff.

This is the place where there used to be a river but dried out by the loss of vegetation cover and degeneration of land. Although there are no before pictures to compare, the staff of ACMH told that after the introduction of the holistic management around the area, the water level is increasing, and it is becoming a permanent water source. 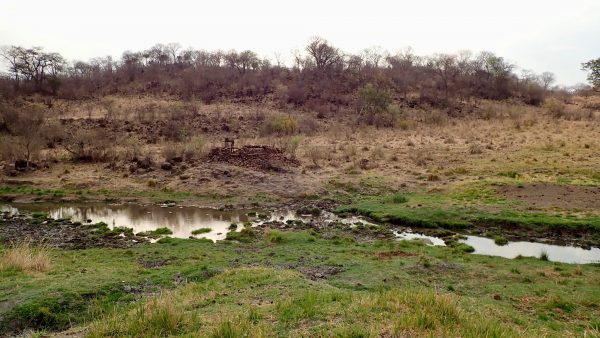 Along the emerging river, high green grasses are increasing their patches. 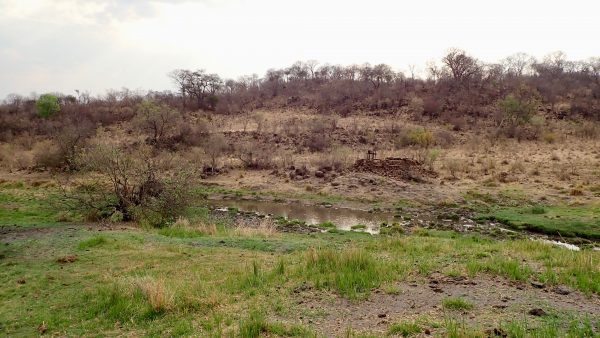 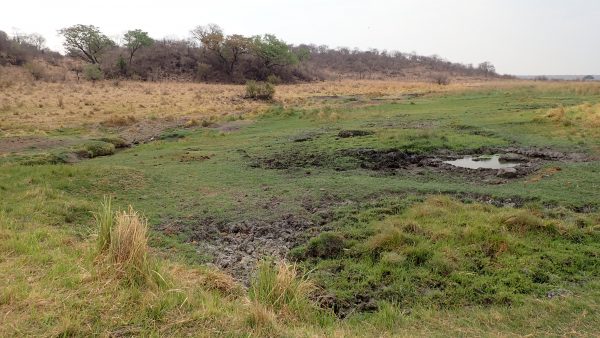 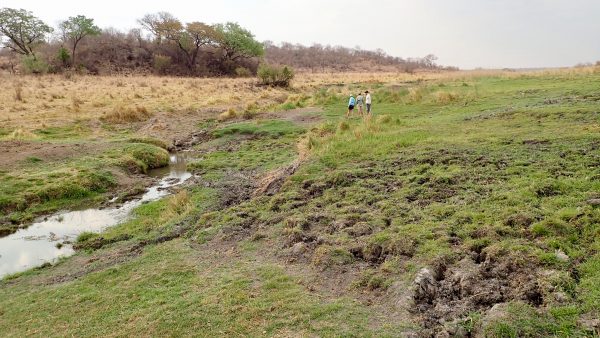 Now that the river becomes one of the precious water sources, it attracts lots of animals that are important for the continuous regeneration process over the years. We can see it from the abundance of hooves. 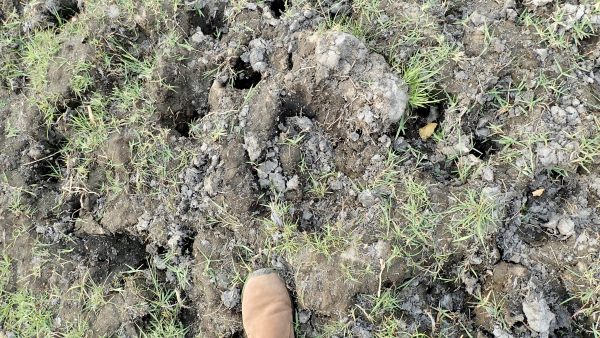 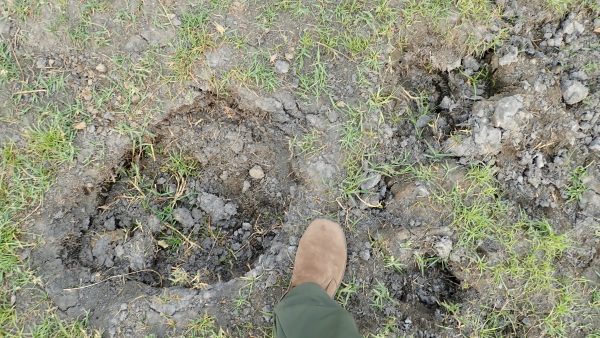 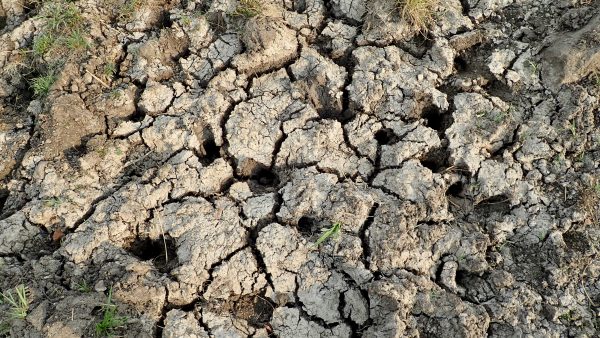 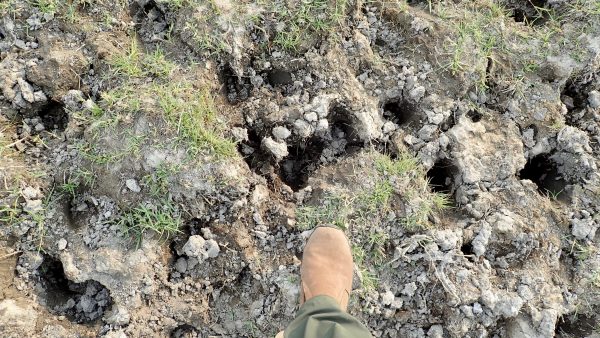 On the regenerating surface, hoofed and covered with trampled dried grass, feces of the cattle and wild animals can be observed. 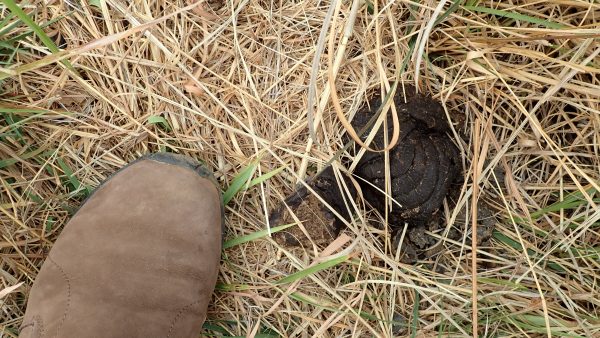 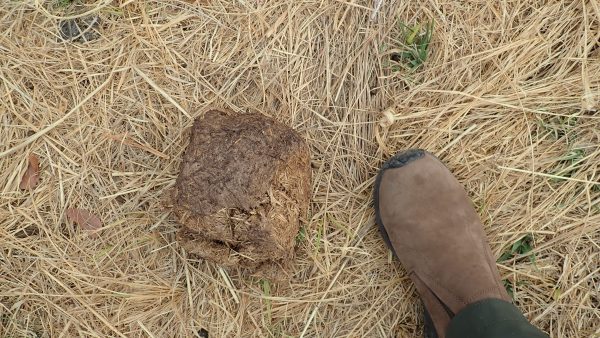 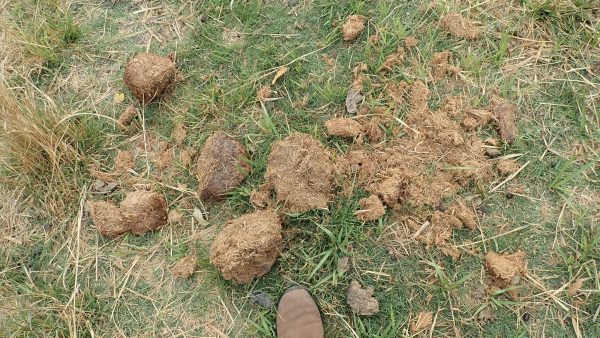 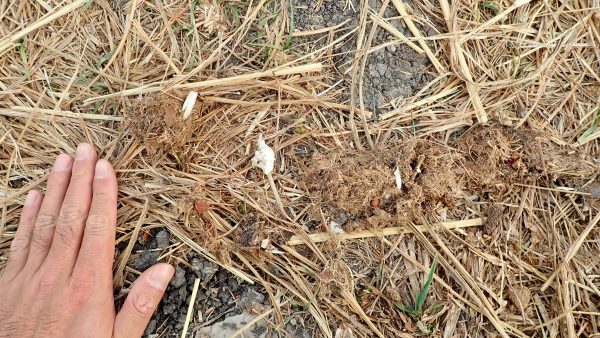 We can distinguish the carnivores’ dung because it contains the fur of their prey. 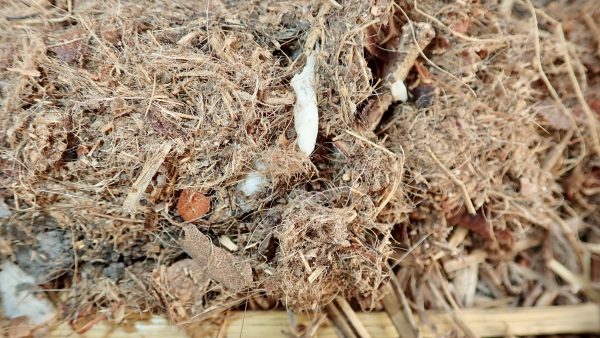 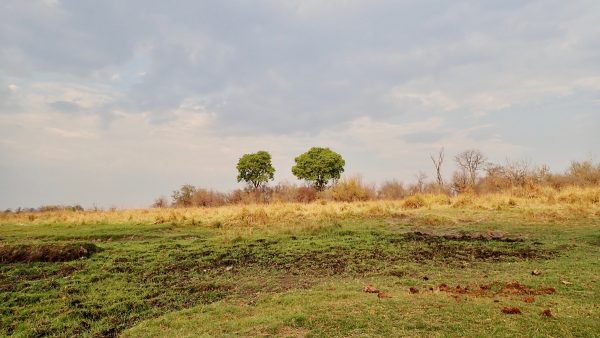 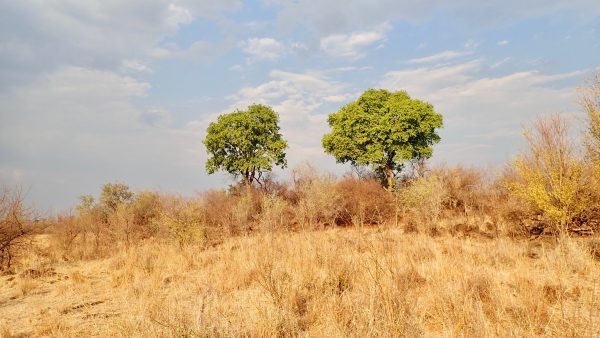 Here is the important notion in holistic management: This plant is overrested, meaning after a vigorous growth in the rainy season, the plants bring essential nutrients into roots and leave the aboveground leaves to die dry during the drought of the dry season. 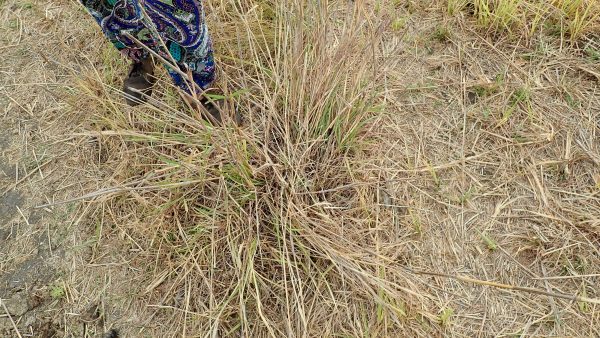 If the dead, dried part of the plant was not removed, it would hinder the growth of new shoots during the next seasons. This is why the presence and pressure of herbivores are important because they graze and trample down the overrested parts of the plants to make room for the regrowth, in a physically similar way to what I am showing with my foot. 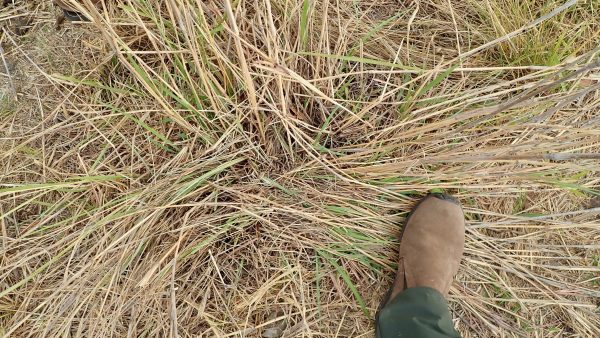 It is actually easy to remove the dead part at the center of the plants, and we can discover underneath there are already new shoots waiting for the sun and rain of the rainy season. 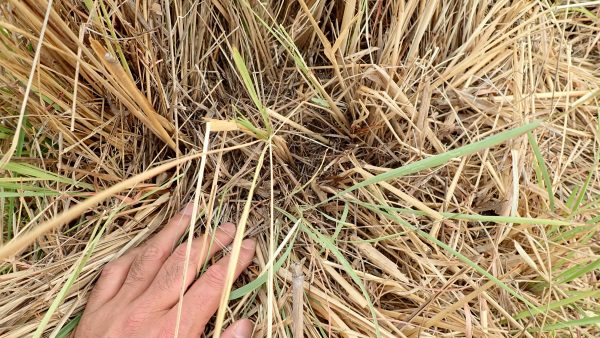 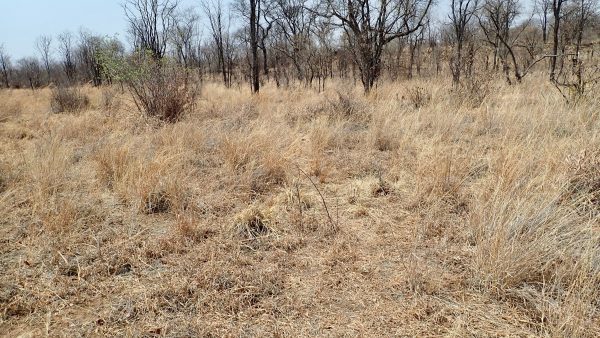 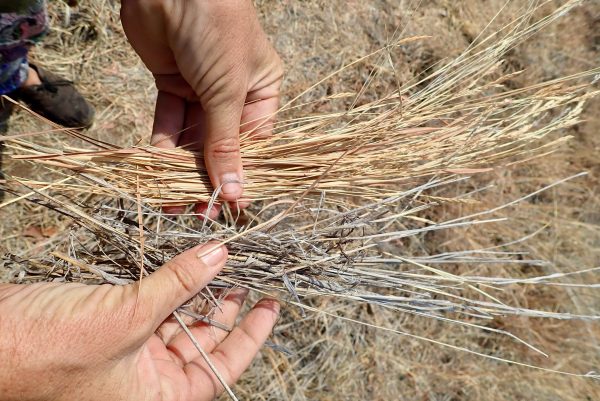 This grassland is half-grazed, but it is not sufficient. It is possible that the herd was not kept in a tight, bunched formation. There are still lots of overrested and oxidized plants that will not take rapid regrowth during the rainy season. 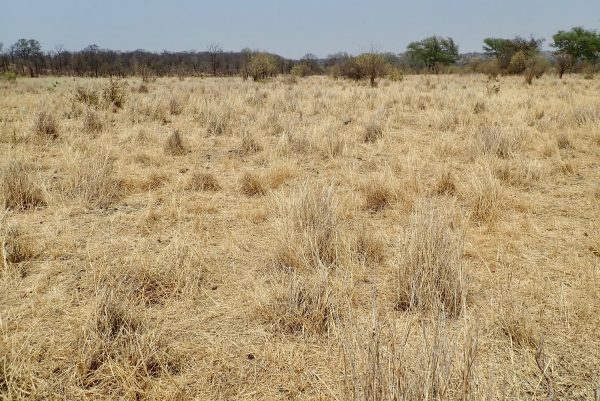 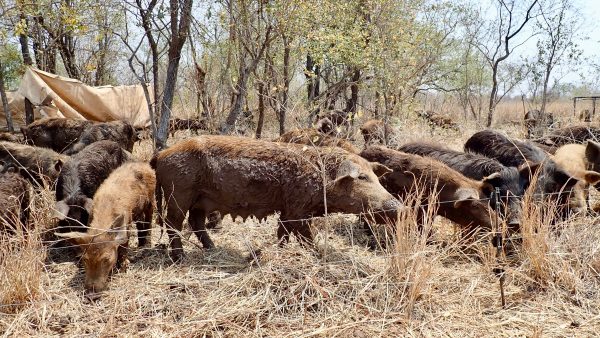 They are kept within the electric fence, with a movable water source, to control their grazing movement. 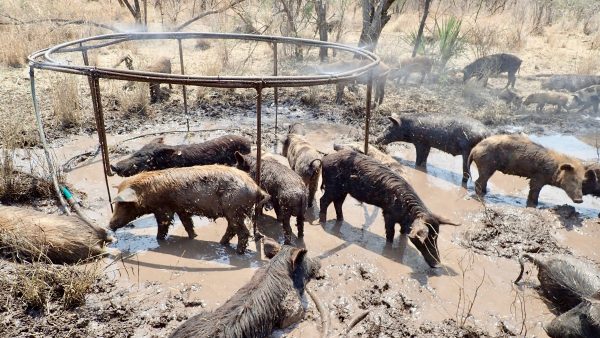 Listening to what animals are saying is also an essential element in holistic management. There can never be pre-fixed rotational grazing given the situation of grassland, animals, and their interactions vary through the grazing process. 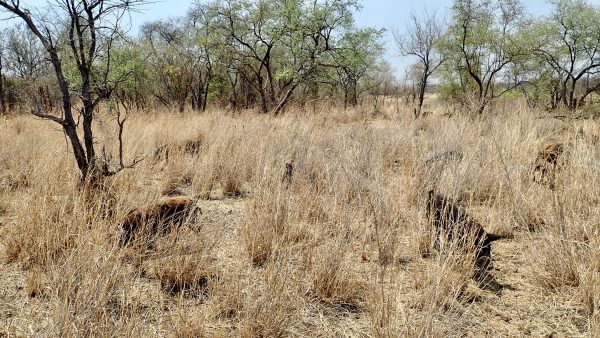 Here, I could sense that the pigs want to move elsewhere to find more quality food than dried grass. But if we allow to let the pigs scatter in a wider field without control, this will overuse the remaining resources in the short term, which should be thoroughly distributed equally for each week in order to maximize the grass regeneration in the long term.

Along the road, we could spot many wild animals.
Bushbucks are everywhere, 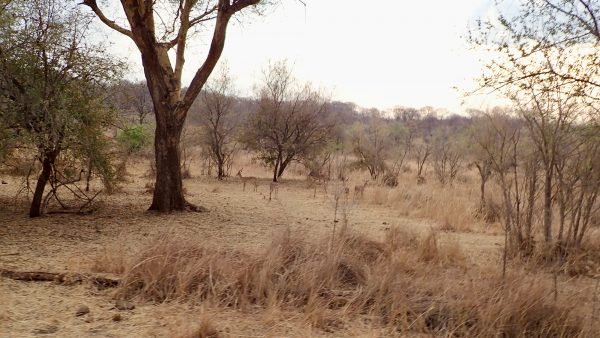 And antelopes such as impalas, kudos, zebus, which were quite smart and camouflaging well, it was difficult to take nice pictures.

This is the wreckage of a train that was abandoned after a deadly front collision accident. 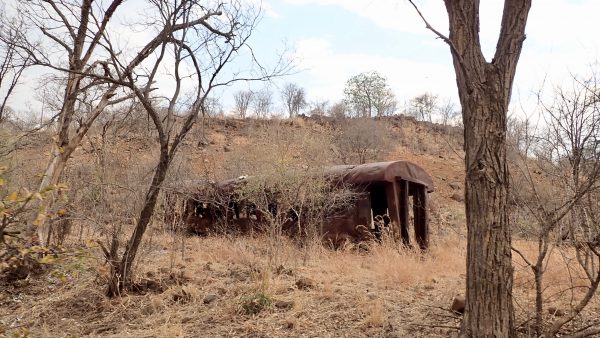